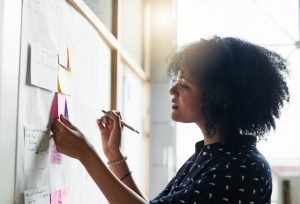 Illinois is set to join 13 other US states in introducing protection against discrimination based on hair styles and texture, particularly those associated with Black natural hair.

On 9 April 2022, the Illinois Senate passed House Amendment 1 to SB 3616, joining the Illinois House, in unanimously passing legislation referred to as the CROWN (Create a Respectful and Open Workplace for Natural Hair) Act. It is expected that Governor JB Pritzker will sign the bill into law.

Assuming this to be the case, the CROWN Act creates a definition of ‘race’ under the Illinois Human Rights Act (IHRA) to include ‘traits associated with race, including, but not limited to, hair texture and protective hairstyles such as braids, locks, and twists. ‘

Previously, on 13 August 2021, Governor Pritzker signed into law a version of a CROWN Act which, due to various amendments, ended up only applying to schools and not places of employment, despite the ‘CROWN’ acronym referencing a respectful and open ‘workplace . ‘ (Some more broadly refer to the ‘W’ in CROWN as ‘world’ rather than ‘workplace.’)

The original version of SB 3616 would have added the new definition of ‘race’ under the definition of ‘Unlawful Discrimination’ found in the General Definitions section of the IHRA, but specifically limited to use in Article 2 of the IHRA relating to employment. In the House amendment, the definition of ‘race’ stands on its own in the General Definitions section, which means that it also applies to all other areas of the IHRA that prohibit discrimination, including, among other areas, housing, public accommodation, and real estate transactions.

Assuming the law is signed by Governor Pritzker (which with a unanimous passage by the Legislature is nearly a foregone conclusion), Illinois would join 13 other states with CROWN laws protecting against hair discrimination, including California, Colorado, Connecticut, Delaware, Maryland, Nebraska , Nevada, New Mexico, New Jersey, New York, Oregon, Virginia, and Washington. Dozens of municipalities around the country have also passed CROWN laws, and CROWN law legislation is pending in many other states.

Perhaps not surprisingly, most of the states that have enacted or proposed CROWN Act legislation did so shortly after the animated short film called ‘Hair Love,’ which drew national attention to the issue of protective hairstyles, won an Academy Award on 9 February 2020.

On 18 March 2022, the US House of Representatives passed a CROWN Act bill (HR2116), and it is currently pending in the Senate.

Regardless of what happens on a national level, with this new wave of CROWN Act legislation, employers should be wary of how they outline their grooming guidelines when it comes to hairstyles as their state or city laws could be changing in 2022 and beyond if they have not already.

This article was written by our colleagues from FordHarrison LLP, the US Ius Laboris law firm.