A collectable rainbow 50p coin that’s just been issued by the Royal Mint to mark 50th anniversary of Pride UK can be used in shops as legal tender, should someone want to use it like that. The coin isn’t destined for mass circulation as a standard coin would be, but by Royal Proclamation, it is legal tender, so in theory, you could buy one of these coins from the Royal Mint and use it like most other coins to settle a debt. 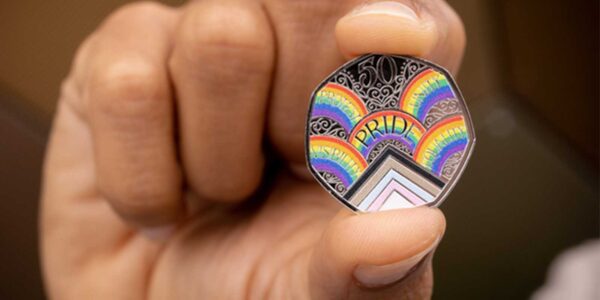 The coin has been designed by Dominique Holmes, an east London artist, writer, and LGBTQ + activist with a varied artistic background that includes tattoo artistry. The coin design features Pride in London’s values ​​of Protest, Visibility, Unity, and Equality in rainbows. With color printing technology, the colors of the Pride progression flag are recreated with special-edition color versions of the silver and BU coins.

Asad Shaykh, Director of Marketing and Communications at Pride in London said, “It humbles me greatly that the words that I coined for the brand, PROTEST, VISIBILITY, UNITY & EQUALITY – will be on an actual coin, opposite the Queen.”

The 50p will not enter circulation but will be available to purchase via The Royal Mint website this summer. The range includes gold, silver, and brilliant uncirculated versions.

Whenever the Royal Mint issues a new coin, even though they are aimed at collectors, a Royal Proclamation is required to authorize it, and in doing so, the collectable coins become legal tender. It’s worth noting that legal tender has a very narrow definition, in that it only applies if settling a debt. If you pop into a shop, they are quite free to accept or refuse any form of payment you wave at them. As an ex-retailer, I used to accept Scottish banknotes, but woe betide spending a few seconds looking at this unusual banknote to check it’s actually Scottish, and you’d get a Scottish bellow of “it’s legal tender!” Actually, it’s not and we accepted them but only because the bank would accept them when we emptied the tills that night.

So, the new Pride coins are legal tender, for the settlement of debts, but you’d be very foolish to use one that way, as they will cost a lot more than 50p to buy one, but will retain their legal tender value of just 50p.

Buying one and using it to settle a debt will cause the owner to lose money faster than a cryptocurrency trader.

The coins go on sale this summer from here. 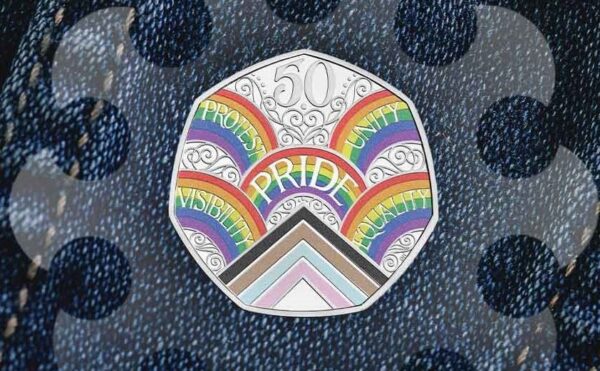